Motivating Employees – Use What Worked In College 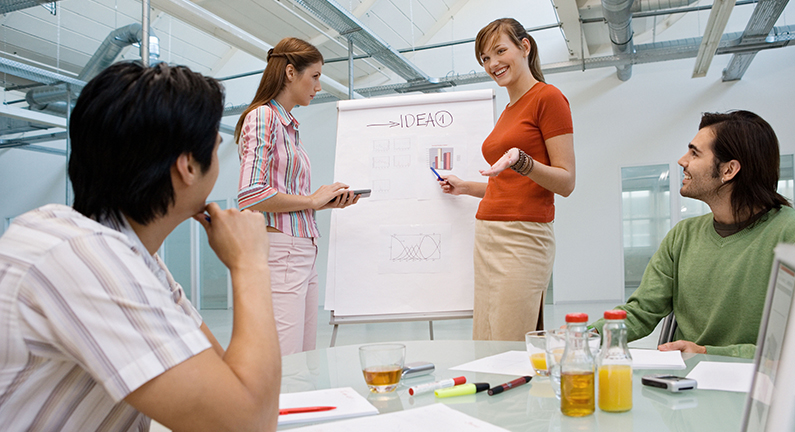 Do you remember when you were in college and everything was done on volunteer basis? I was the GM of Kalamazoo College?s radio station my sophomore year. We had almost no money, and the place was a disorganized mess. During our DJ meeting everyone agreed that we needed to clean and organize so that we have a better work environment, but no one was really motivated to do anything about it.

I finally decided to take some of our money and offer pizza and soft drinks to anyone who came and helped organize and clean one Saturday evening. Not only did people come, they brought their roommates. And after work began, I ordered pizza and sodas and a lot was accomplished that night. The work evening was so successful, we had a second one with even more in attendance, and even more accomplished then the first time. It was a value able lesson about motivating and rewarding people who aren?t being paid. But it translates into management as well. People love good free food. And they love to be acknowledged.

Most employees would love a free lunch. And luckily, even for union employees, a free lunch is an acceptable reward, as long as it is offered to the entire department. Reduce the costs of lunch by having it delivered, or having one of the admin pick up the lunch from a good quality restaurant. (Sometimes delivery fees of large quantities of food is high.) And have that same admin, or another go to the local store and purchase soft drinks in litters, as well as cups, plates and utensils to further reduce the overall cost.

The largest group I have done this with had about 80 people. We got pretty good at figuring out what types of food we could purchase so that we didn?t end up with too much left over. And it didn?t cost us more than a few hundred dollars for the large team. The cost was even less when we didn?t order desert. (To control costs, some months we would have sandwiches and include brownies as desert, and other months we would provide pizza and salad.)

If you have a large team, and a few hundred dollars is not in your budget. That?s OK. Try bringing into the break room some pastries or donuts. Then let everyone know via email that there are some additional breakfast treats for everyone, as a way of saying thank you for all of their hard work. Even if you got a container of fresh cut fruit and some breakfast pastries from your local grocery store, the price won?t break the bank.

Besides feeling well fed that day, morale and team cohesiveness should go up as a result of acknowledging the hard work of your team. Because people love to be acknowledged.

What other inexpensive ways to you help increase employee morale?